I have had today planned since early March 2019. Christian and I were supposed to be at Disney World. More specifically, at Hollywood Studios celebrating Star Wars Day in Galaxy's Edge.  When the opening date of Galaxy's Edge was announced my friends and I planned a trip for November 2019. Christian couldn't come because of work so I decided I would buy an annual pass and we would go again within a year. We decided on early May to coincide with Star Wars Day (May the 4th) and Mother's Day so we could have his Mom come along for a few days.

At the beginning of this March I knew we wouldn't be able to go due to coronavirus. I still held on to my reservations (dining, fast passes, even our special tours) until Disney cancelled them automatically because I needed that sliver of hope to get by. We were supposed to arrive at Disney early yesterday. Instead, we woke up in our own bed. 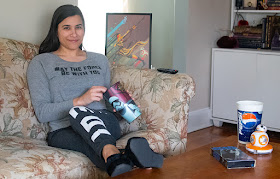 Even though we won't be at one of my favorite places, we are still going to make the best of everything. We have our health, as do our other family members & friends, and we know Disney will reopen eventually and we can go when it is safe to do so.

Back in the day I used to watch every Star Wars movie on May 4th. Now there are far too many so I pick & choose and do my best to get through them all! Since we're both still working we decided to start yesterday with the best films - the original trilogy. I also watched Rogue One on my own when Christian tired of the marathon. I will continue watching today while working (Christian works in another room.) 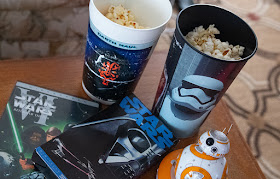 What Order to Watch the Movies In

Everyone has an opinion on the best way to watch the Star Wars movies. You can watch them chronologically, release order, with TV shows included OR Machete Order which cuts out The Phantom Menace, which many deem unworthy.  If I was having a first timer watch - and they have survived without spoilers this long - I would have them do it in almost release order. (Though I do enjoy Machete order, but I put in Phantom Menace)
Everything is on Disney+, except Solo is on Netflix for a few more months.

What Else to Watch

For our celebrations I donned the Star Wars pajamas I bought back in 2015 and we had popcorn in old movie theater soda cups from other Star Wars movies. Wish I had more of them but my siblings and I divided them up, ha ha!

If you like to bake, why not whip up a fun Star Wars treat!

Forever 21 May the Force Be With You Pajama Top, Forever 21 Trust Me I'm a Jedi Pajama Pants, Sphero BB-8 (he can watch the movies with you and react!) 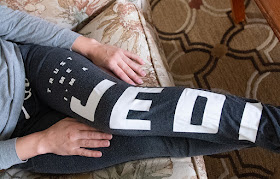 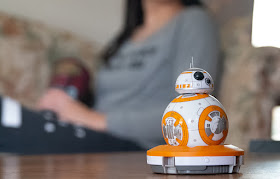 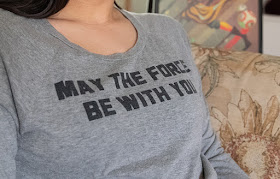 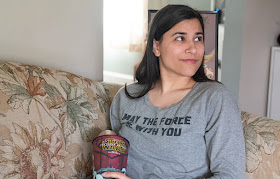