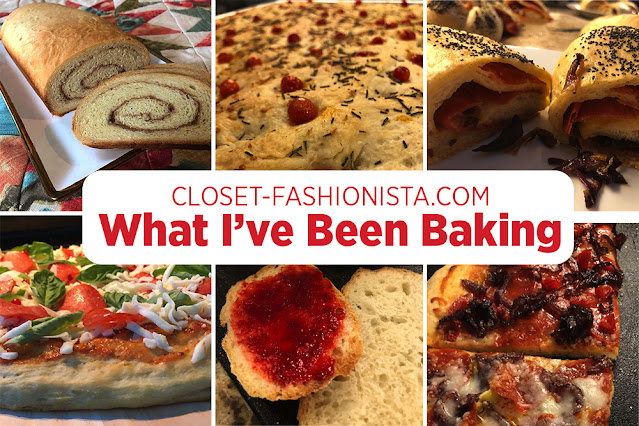 I haven't been baking much the last couple months since we've actually been getting out a bit on the weekends. I'm sure once we get back into Fall/Winter I'll be baking every weekend again.  I have still been making homemade bread every other week as well as homemade pizza at least once a month, which I'm sure you can tell from this post!

First up is we made some strawberry jam with fresh berries from the garden! They've all been a little too small/mushy for regular consumption so making a quick jam was the perfect solution to enjoy them. Used on our dutch oven bread for breakfasts!

I was searching for a recipe that used instant masked potato flakes because my husband bought 2 boxes before the pandemic and we've hardly gone through the first box. (I don't like mashed potatoes and he forgets to remind me to make them for him at dinner, haha!) My loaf pan was a little too big so it doesn’t have the classic bread shape but who cares as long as it tastes good!

I will add more cinnamon sugar filling next time because I like a LOT of cinnamon flavor. But this is definitely a recipe I will make again. I may also double the recipe so it fills the loaf pan more.

I looooove focaccia and have made it a couple times before. This time I decided to use the mini currant tomatoes from our garden to make a colorful rosemary garlic focaccia! The first time I used a recipe that didn't have the dough do a long second rise. This recipe called for leaving the focaccia in the fridge after forming in the pan for at least an hour and up to 24. I left it for almost 24 hours. Soooo delicious! I like that now I have a quick recipe for last minute focaccia or one that develops a little more flavor.

More garden fresh ingredients for homemade baked goods! I used my trusty King Arthur recipe and topped with pepperoni and fresh basil and currant tomatoes from the garden. This recipe never fails. It's not traditional dough that you can toss in the air to form but I love how easy it is to make.  I made another recently which is more our usual toppings - pepperoni, caramelized onions, pepperoncini (his half) and sweet piquante peppers my half.) 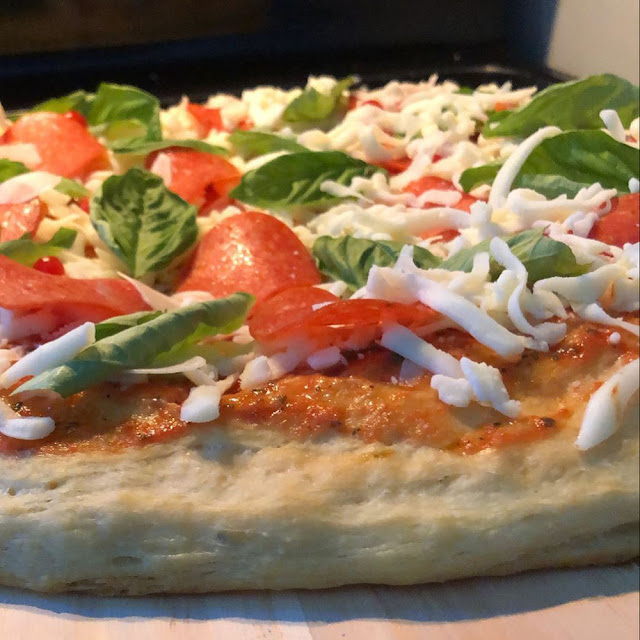 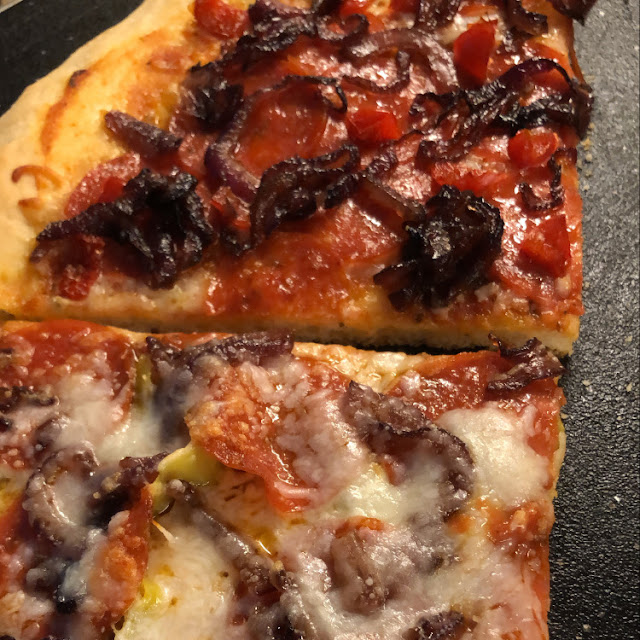 Normally when I make stromboli I use store bought pizza dough. I decided to try and make my own this time. I was always nervous to make my own dough for this because it has to be the right texture to stretch out and roll. It came out pretty tasty even though I stretched it a little too thin in some spots. But look at that nice puff! YUM!

P.S. Can you tell we love caramelized onions, haha! 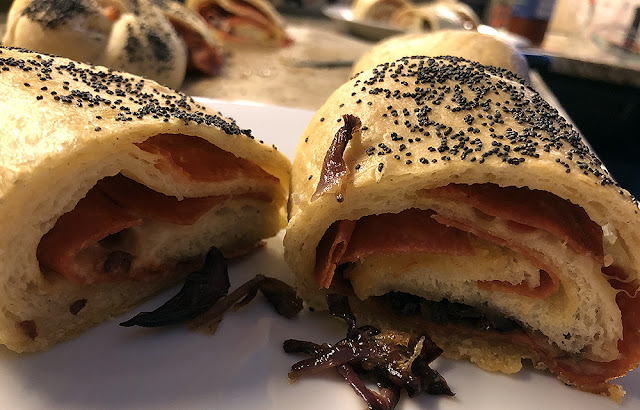