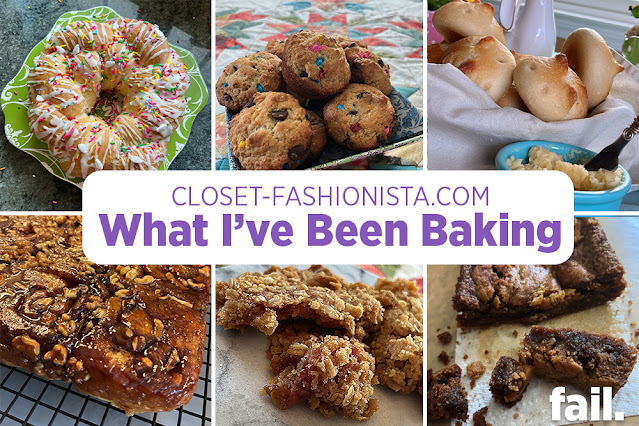 I know we're way past Easter, but this baking update includes a couple treats I made for our family gatherings! I made some adorable "Bunny Buns" and an Easter Wreath. In addition I did my usual random baking on the weekends.

I was looking for something fun and different to make for our second Easter and then this popped up on King Arthur's Instagram and I knew I found my treat. It was fun to make and looked beautiful. I lovedthe hints of orange but next time I might add in more zest or juice so it tastes less “bready” and more desserty/sweet.

I've wanted to make "bunny" buns for Easter for a number of years and finally attempted this year! I found a crusty roll recipe that would keep a round shape and poked out some eyes and cut ears. I need to cut the ears a little deeper next time so they would stay long, but at least they still look like an animal. And they were DELICIOUS! I highly recommend this recipe, even if you don't turn them into bunnies. Eat them warm with some honey butter! (honey + butter and whip together.)

One Friday Christian decided he wanted some muffins so I looked up some recipes and found one we had almost all the ingredients for. I finally got to use our Bob's Red Mill Egg Replacer we bought at the beginning of the pandemic and used cream of tartar to turn our milk into buttermilk. They came out PERFECT. Even with the substitutions. Going to have to use the egg replacer more even if we do have eggs in the house (it expires in a few months, ha ha.) 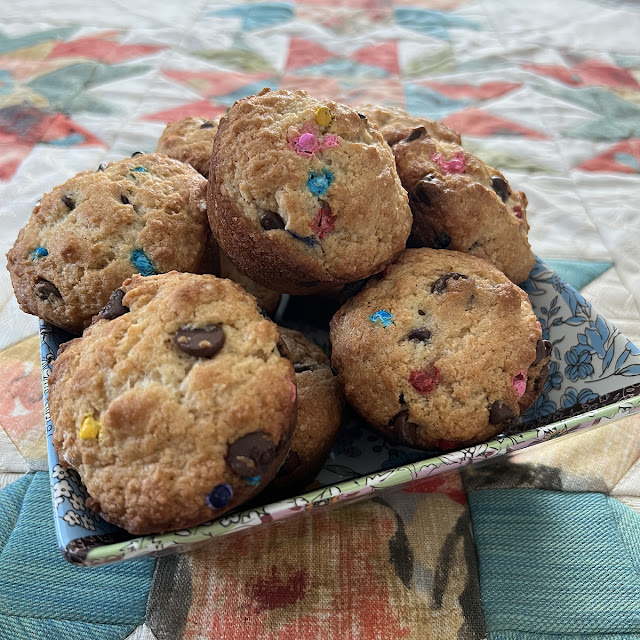 I loooove cinnamon rolls and sticky buns. I actually prefer homemade sticky buns to homemade cinnamon buns because I HATE cream cheese icing. (But I do love some Pilsbury cinnamon rolls in a can.) I've made my Aunt's sticky bun recipe a few times now and this time I swapped out pecans for walnuts because that's what I had in the freezer. The recipe is a little different from other's I've seen because it uses maple syrup and oatmeal in the dough. Adds a little bit more texture and maple flavor. 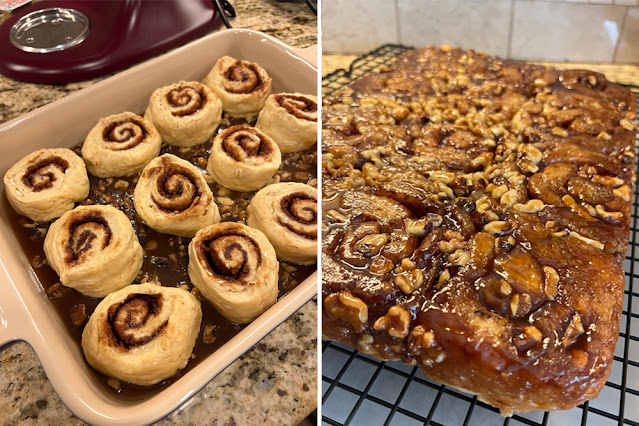 Christian and I made some strawberry jam and weren't going to be able to finish it before a trip we were taking to New Jersey (to help my friend at her Teen Wolf convention) so I decided to make these strawberry oatmeal bars to have as a snack for the weekend. I knew we would have little time to eat during the day - he was filming panels and I was in charge of getting an actor to and from panels, photos and autographs - so an easy snack was ideal.  I didn't have enough jam to cover the whole pan, but they still tasted great and were nice and filling! 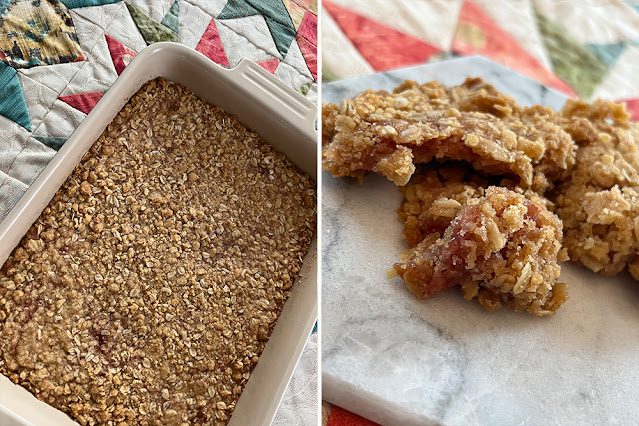 Before our trip to Florida I decided I should make a treat for our long drive down from Connecticut. Originally I was going to make King Arthur Cinnamon Bread but then saw this recipe in a random Instagram Reel. Unfortunately that should have been a sign not to make it. Never trust a recipe from an influencer you don't know or wasn't recommended by a friend, haha! This was a baking fail, or so I thought, until my Mom and sister's boyfriend ate it all and said it was delicious.  Christian and I thought it was super dense and chewy, and really greasy (see paper towel soaking it up) so we weren't fans. Maybe if I make it again it will come out right. 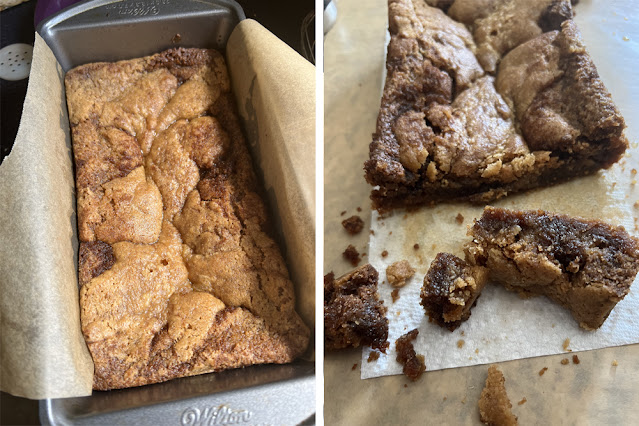